ONE PIECE BUZZ:VIVRECARD a treasure box full of new info

Thank you for visiting ZORILOVER’s blog for ONE PIECE otaku(geek).

Let me share my personal view on VIVRECARD STARTER SET rolled out on September 4 nationwide in Japan..

Is it useful to understand more deeply the ONE PIECE world?

The answer is definitely YES.

You can find new pieces of geeky information on vivrecards.

MAKINO-san, for example, wear shoes with thick sole to make her look taller!

SHANKS and the 3 officers of the Red Hair Pirates are all from different Seas of four!

Putting MAKINO’s shoes aside, the information of the Red Hair Pirates has inspired my imagination.

It had been already revealed in the story of ONE PIECE that SHANKS is from the West Blue, and YASOPP from the East Blue.

BENN BECKMAN and LUCKY ROUX are, according to their vivrecards, from the North Blue and the South Blue respectively.

Is there any meaning hidden behind the fact all of them are from different Seas?

Did SHANKS visit all of the four Seas to recruit crew as he did in case of YASOPP?

Today I should rather concentrate on discussing VIVRECARD.

VIVRECARD is a ONE PIECE databook, released on September 4, 2018 in Japan.

This is the VIVRECARD Starter Set including a folder and 32 cards. 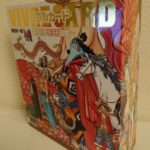 The folder features several characters, but some of them are too tall to appear.    Their lower bodies only are drawn, probably due to ODA-sensei’s commitment to exact scale ratio of the characters.

So we cannot see faces of SHIRAHOSHI nor of KATAKURI on the folder.

It is interesting to speculate on why ODA-sensei chose these characters for the first folder of VIVIRECARD.

There is something mildly amusing about  ENEL standing at attention with solemn expression.

The folder has a wraparound belt which says:

Collect them. Arrange them.

The first, last, and best dictionary in ONE PIECE history.

And inside the folder appears ODA-chi’s message! 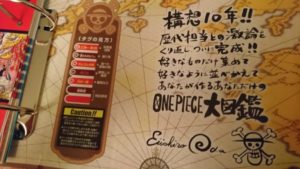 ODA’s message inside the folder

He says it took 10 years to finalize VIVRECARD’s concept before it came out.

To tell the truth, I had underestimated VIVRECARD before I actually got them in hand, thinking this way.

Well, probably I will learn few new things from Vivrecards since I already have all the databooks of ONE PIECE(“RED”, “BLUE DEEP” ex.) and read repeatedly all the SBSs, but I’d better have them as a hard core fan of ONE PIECE…

VIVRECARD is, however, much more than expected.

Already-published databooks like RED or BLUE DEEP are books, so information included in these books cannot help but become obsolete as the story goes.

But VIVRECARD dictionary consists of binders and cards, so you can add new pieces of information one after another.

NEW cards come out every month in a form of Booster Set. 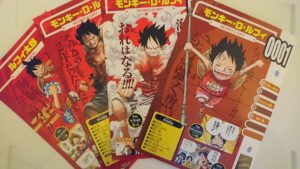 Well, this is something, isn’t it?

It is difficult to resist a strong temptation for a completion as a ONE PIECE geek.

INFORMATION INCLUDED IN A VIVRECARD

Each vivrecard has two sides of printed information on a certain character.

The information includes not only those which have been already revealed in the main stories, SBS, databooks, but also totally new one.

Let me take some examples.

It is also moving info that YASOPP loves seasonal fish like his son USOPP does.

Another new piece of info is that the meat with bone Lucky Roux always hold is chicken, because he is on a diet in his sense.

In addition to these basic personal profiles like age, height, birthday, or birthplace,  convenient is biography.

I owe this personal history a lot when I write this blog since this save me from searching data and facts through comics. 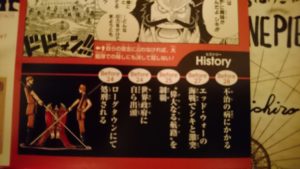 NEXT
ONE PIECE BUZZ: CHRONOLOGY of WANOKUNI / its history and people

This site uses Akismet to reduce spam. Learn how your comment data is processed. 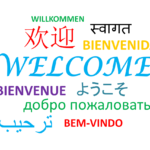 Hi everyone! I’ve come up with an idea of listing terms and quotes we ONE PIECE fans are famil … 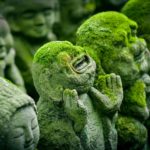 Hi everyone, thank you for visiting ZORILOVER’s geeky blog for ONE PIECE addicts. Today I woul … 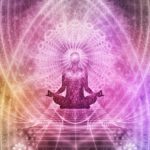 ONE PIECE BUZZ: CHRONOLOGY of WANOKUNI / its history and people

Hi friends! Welcome to ZORILOVER’s blog for ONE PIECE OTAKU(geek)  As the WANO-KUNI Arc is clo …

NEXT
ONE PIECE BUZZ: CHRONOLOGY of WANOKUNI / its history and people

popular posts of the week